13 REASONS YOU NEED TO TRAVEL TO TURKEY THIS SUMMER

1. Many of the best attractions are completely free. 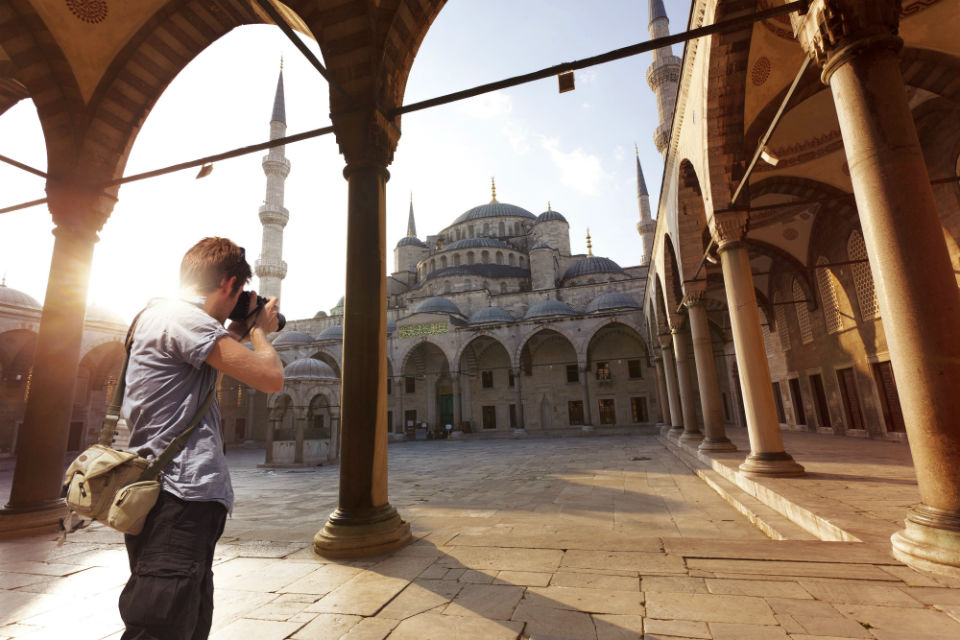 Explore the sensory overload that is Istanbul’s Grand Bazaar. Look up to take in the intricate tile work of the Blue Mosque. Admire the baklava, dripping with honey, piled three feet high in window displays on bustling İstiklal Caddesi. Or beach-hop along the Mediterranean from sophisticated Bodrum to turtle-inhabited İztuzu; Brit-crazy Fethiye to secluded Patara; resort-heavy Antalya to the endless sandy expanse of Alanya. You won’t spend a lira.

2. You can stuff your face with summer’s bounty for pennies — without leaving your beach towel.

In Turkey, the street food comes to you. Whether you’re sprawled under an umbrella in Bodrum or joining the locals for a nightly picnic in İzmir’s seaside Kordon park, you can’t escape the musical call of the street vendors.

Start with a cone of sesame- and honey-glazed peanuts, then move on to midye dolma — stuffed mussels, served up for 30 cents a pop from massive round trays, and carried on the vendor’s head from customer to customer. Pay attention as the midyeci shows you how to use the top shell as a spoon for scooping out the aromatic rice that’s been flavored with a dash of cinnamon and a squirt of lemon juice.

Flag down the roasted-corn-on-the-cob cart, or watch the procession of seasons as the plum cart’s stock transitions from tiny, tart, green yeşil erik in May to plump, juicy, purple tatlı erik by July. Whatever you sample, save room for a slice of honeydew kavun, deftly carved in front of your eyes. The sweet, juicy flesh tastes even better after a long, hot day of sightseeing.

3. Your summer vacation photos will double as indisputable evidence that you’ve been to Mars. 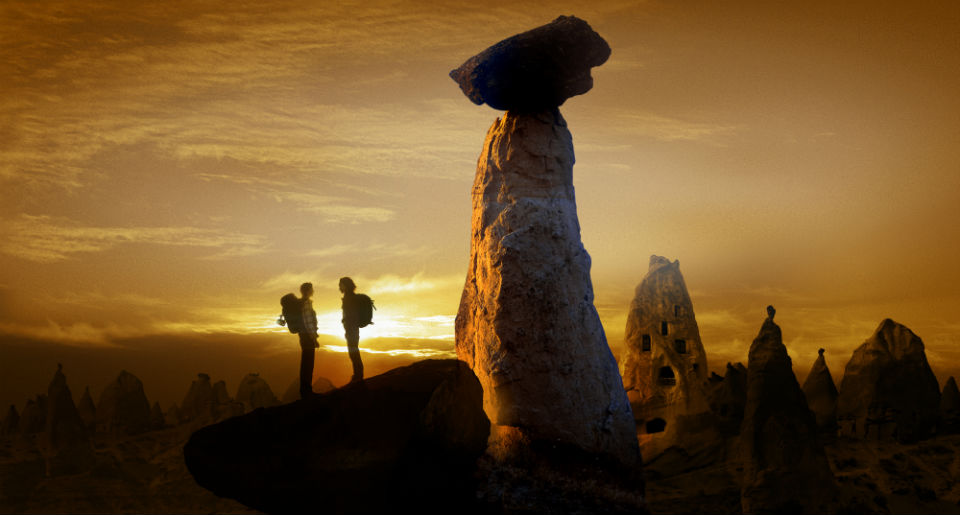 There’s no other way to put it: Cappadocia is wildly out of this world. The Star Wars-meets-Flintstones landscapes of soft, twisted rock makes for incredible hiking. Wander long enough in any direction and you’ll find fresco-decorated cave churches almost 1,000 years old.

Start the day early with a hot-air balloon ride at sunrise. Later, hike down the Güllüdere I (Rose Valley I) to the abandoned cave village of Çavuşin, scramble up the towering rock formations of “Love Valley,” and then take shelter from the heat of the day in the cool relief of your cave hotel.

4. You can follow Turkish “Highlanders” on their annual migration to greener pastures.

In the deep-valley hamlets of Turkey’s Black Sea region, the start of summer means time to take the cattle up into the mountains so they can graze on the fresh, untouched grasses that sprang up during spring. You can watch this seasonal tradition, which ends in July with the Vartovor festivities, when people celebrate by playing instruments that look (and sound) strikingly similar to Scottish bagpipes.

5. Turkish cuisine is reinventing itself, thanks to hot young chefs. 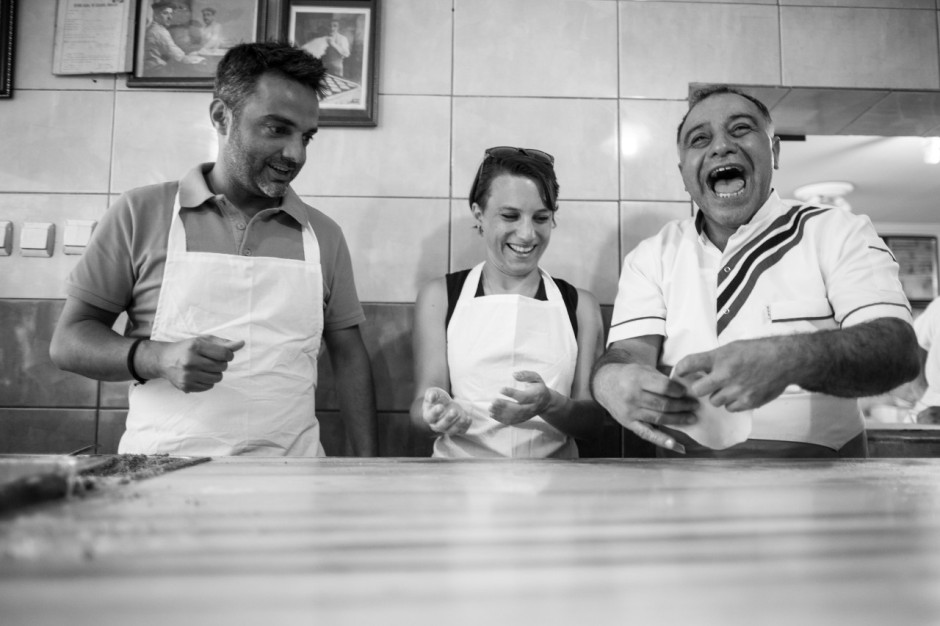 Fresh, delicious ingredients have always been central to Turkish food, but the newest generation of chefs in the country have turned the tradition to obsession, treasure hunting around Turkey for the finest regional products. Their creations (and those lucky enough to taste them) have benefited extraordinarily.

A few names to keep an ear out for include Mehmet Gürs, Didem Şenol, Civan Er, Arda Türkmen, and Kemal Demirasal. These artisans are consistently putting imaginative dishes on the table, from classics with a twist to totally original offerings. Most have signature restaurants with killer settings and accessible tasting menus.

6. No need for a watch tan line — ditch it and tell time by the call to prayer.

Though the exact time changes every day, the ezan is reliable enough to plan your day around. You’ll wake up just before daybreak for Sabah. Get up, see some sights, and right around Öğle it’ll be time to find some lunch. If you plan to visit a mosque, do it before the shadows cast by objects are equal to their height, or else you’ll arrive at İkindi — when non-Muslim tourists are denied entry. By the time Akşam rolls around you’ll be ready for dinner. And as the last rays of light disappear from the horizon, listen for the final warbling strains of Yatsı.

7. Turkey will prove you’ve been exfoliating wrong your whole life. 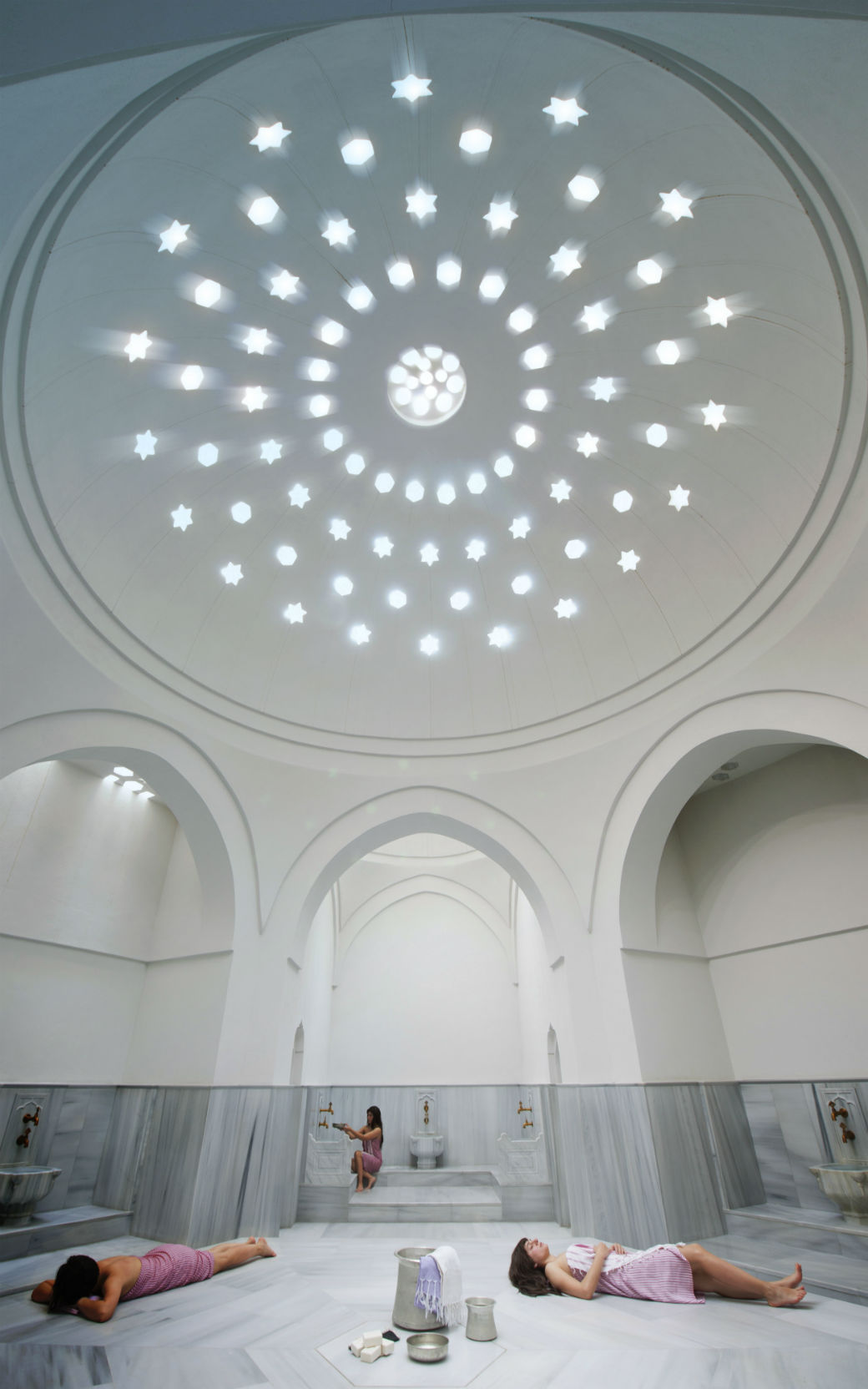 You don’t know clean, silk-like, summer skin until you’ve had your earlobes, pinky toes, and everything (yes, EV-ERY-THING) in between doused in citronella-scented bubbles and scrubbed down by a heavy-handed attendant armed with a gritty goat-hair kese. And this all goes down while lying on a heated marble pedestal in the middle of a 16th-century hammam.

8. Locals will welcome you into their kitchens.

You want to know what’s in the kofte? The waiter will happily bring you out back to the kitchen to meet the chef. Wondering how baklava is made? The woman selling it in İzmir’s massive Bostanlı Pazar (“BosPa” for short) won’t speak much English, but she’ll happily pantomime the day-long production for you.

And in Eastern Turkey, you can trade in the hostel for a homestay. That’s where you’ll get the best cooking lesson from the ultimate Turkish chef — a mom. Imagine rolling sarma with grape leaves picked off the very arbor you’re sitting under.

9. You’ll never be more than an arm’s length from a steady supply of hot, fragrant çay. 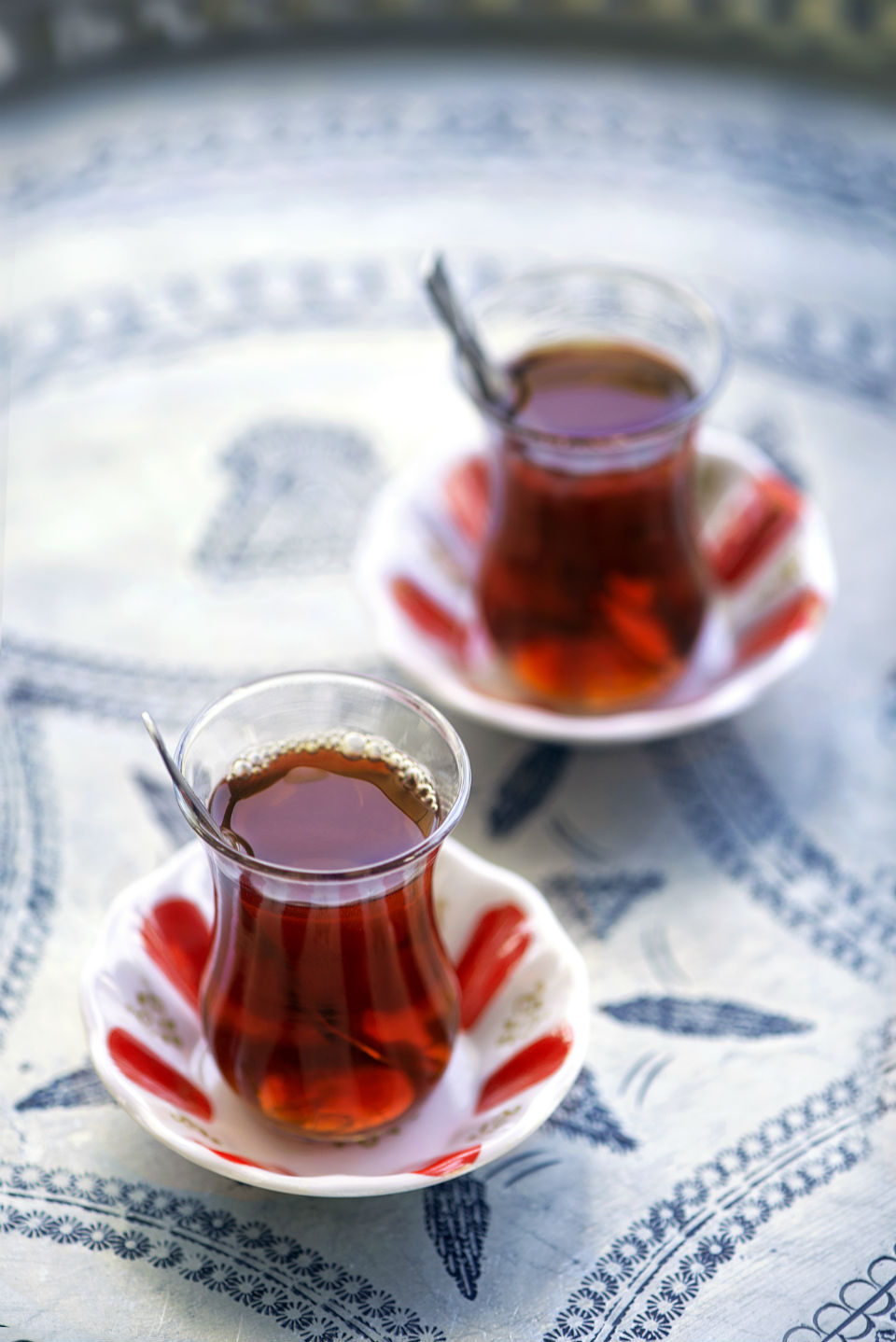 Even in summer, it’s never too hot for çay. Turkish coffee might be famous internationally, but for modern Turks drinking tea is second only to breathing. Each day begins with at least two tiny, tulip-shaped cups of çay, and it keeps flowing till bedtime. Large offices and factories employ a person to make and deliver tea, and workers get breaks specifically for drinking it. Regional buses offer free tea service. And some street corners are rigged with intercom ordering lines to the closest çayevi.

10. You might not be expecting it, but yes, Turkey has waves too.

None of Turkey’s shores touch open ocean, but at Alanya on the Mediterranean and Kerpe on the Black Sea, some crazy Turks are riding the waves. The Alanya Surf Team and Danube Surf House and Academy are two small communities where you’ll learn that there’s a certain subculture of Turks who are constantly checking weather reports and will jump in the car at a moment’s notice to jet to a remote seaside town where waves are going off, however briefly.

11. Walking through the calcium deposits and mineral springs of Pamukkale is like being in an alternate universe, where snow is warm and water glows neon. 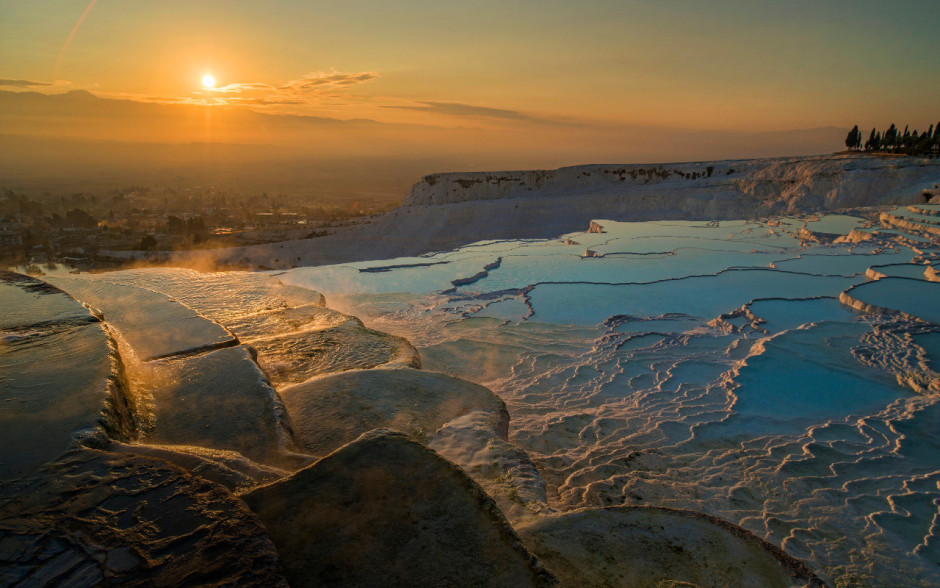 These naturally formed, terraced thermal pools have been a destination for relaxation and recuperation since the 2nd century — and a UNESCO World Heritage Site since 1988.

Maraş dondurması is made with salep, a flour derived from orchid tubers, which creates a stretchy, marshmallow-like treat that melts at a controllable pace. So slowly, in fact, you can do as the locals do and order it sandwiched between kağıt helva wafers. You’ll find it all over the country, but you can also go straight to the source: Maraş, the city in southern Turkey famous for producing this Turkish version of the ultimate summer treat. 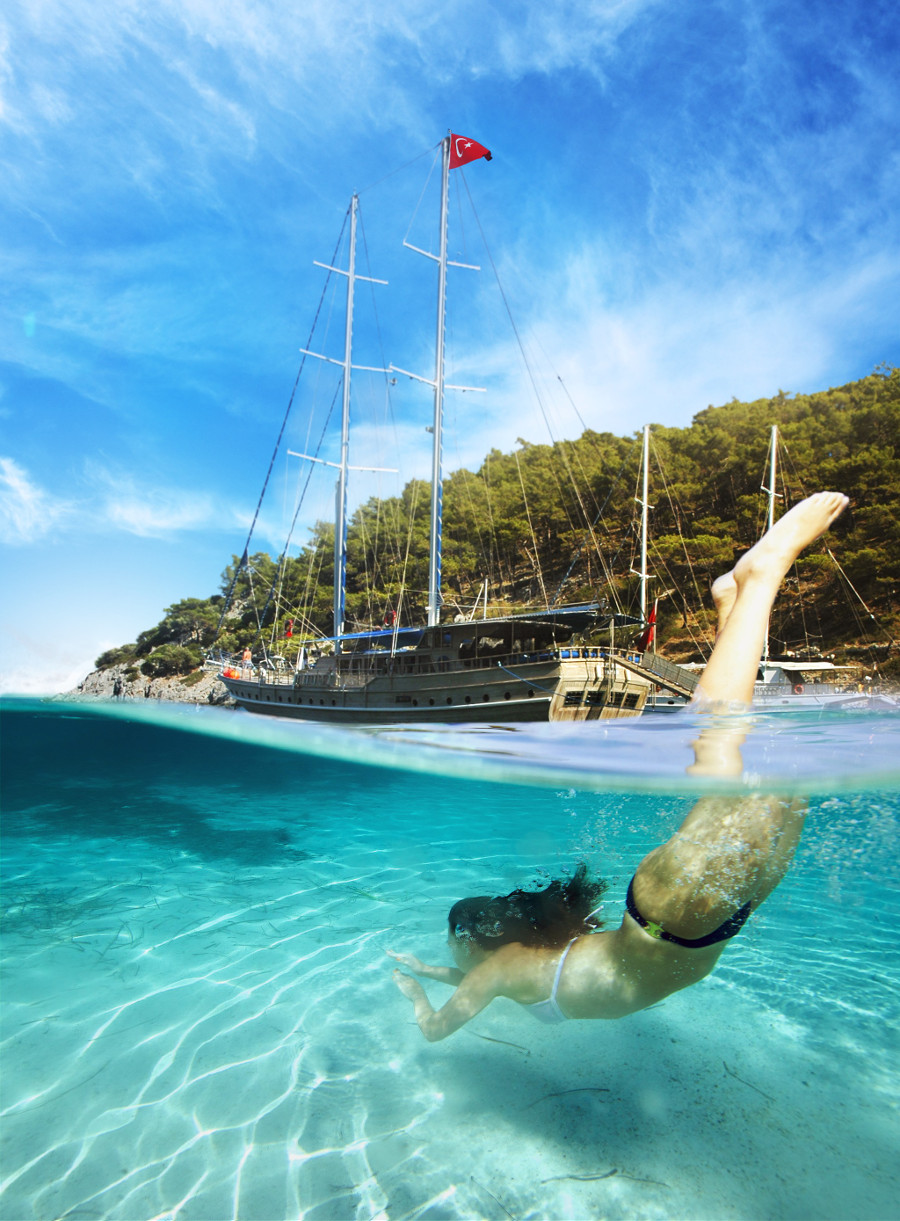 The gulet is a two- or three-masted sailing vessel traditional to Turkey’s Mediterranean coast, particularly around Bodrum and Marmaris. In the mid-20th century, gulet cruising became popular among local and visiting artists and writers — today, there’s no shortage of Blue Voyage operators who can take you out on a multi-day cruise, on ships that resemble floating boutique hotels, within a landscape of pure turquoise.